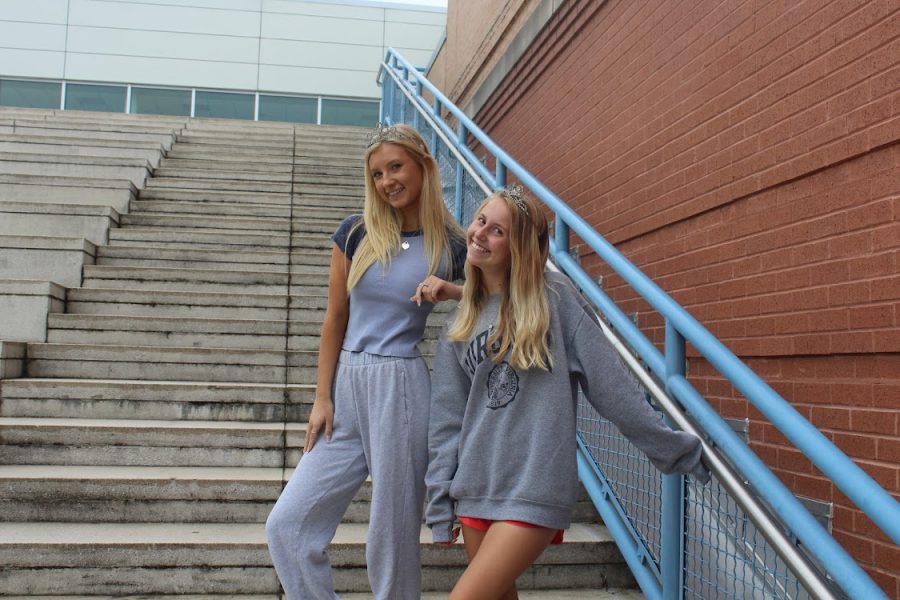 Junior Lexi Olsen is excited to begin her first year on staff as a photographer. Olsen describes herself as kind and determined, two traits that make a great photographer. She decided to apply to The Sentry after having English teacher and Sentry teacher advisor Chrissy Wiedemann her freshman year.

“I had Ms. Wiedemann freshman year for English, and I really enjoyed the class. She always talked about The Sentry so I decided to apply and give it a try,” Olsen said.

Olsen is passionate about photography and is happy to be working toward improving her skills on staff this year. She enjoys taking pictures both in school and in her free time.

“I’ve always liked photography and taking pictures. In seventh grade, I used my own money to buy a camera, and I’ve just been learning and practicing ever since,” Olsen said.

“I really like traveling. I’ve traveled a lot. I’ve gone all over. This summer, I went to Switzerland, Italy, and France. Italy was definitely my favorite because there were so many cute towns and colorful buildings,” Olsen said.

When asked where she would like her next destination to be, her answer had already been thought out.

“I would pick to go to Antarctica, which isn’t a common choice. One of my favorite celebrities, Lorde, went there for a few years. She wrote a book all about it and I think it would be really cool and interesting to be there,” Olsen said.

Traveling is something that Olsen would like to continue to do moving forward. However, she is more uncertain about other components of her future.

“After college, I definitely want to travel a lot and live in a big city. I want to be in a big city because there’s so much more to do. All the people are so interesting because everybody is so different,” Olsen said.

When Olsen is not traveling, she is busy being the co-president for a club here at Yorktown or participating in athletics.

“Outside of school, I run cross country at Yorktown as well as being the co-president for a club at Yorktown called For A Strawless Sea. In For A Strawless Sea, we focus on reducing single use plastics. This is my third year in the club. I also enjoy reading and listening to music in my free time,” Olsen said.

“My favorite artist is definitely Lorde. I’ve seen her live once, and I’m seeing her again this spring,” Olsen said.

Being so involved at our school, Olsen often needs time to herself, which made sense when asking Olsen whether she was an introvert or extrovert.

“I would definitely say that I’m more of an introvert. I like spending time with other people, but also I need a lot of alone time to recharge,” Olsen said.

Olsen looks forward to being a photographer for The Sentry this year, and is excited to be a part of The Sentry community.

Senior Ella McNamee has a big personality and an even bigger love for photography. Welcoming her fourth and final year on The Sentry, McNamee is excited for an in-person year.

“So far it’s been a pretty weird adjustment. It was definitely hard coming back.…  But I’ve liked being able to get out more and actually see my friends and peers at school. I feel like I can focus more in person,” McNamee said.

McNamee is looking forward to a sense of normalcy for her final year of high school.

“I’m most excited for all the typical senior traditions, like prom, homecoming, getting to wear the pink shirt on the first day of school — which we already did,” McNamee said.

McNamee is full of passion and enjoys helping others, saying it is one of the most fulfilling parts about being in The Sentry.

When asked about her motivation and inspiration for the subject, McNamee spoke highly of her dad.

“He’s always been my biggest role model. He’s an amazing photographer, but he’s also an amazing dad. He’s taken some of the most iconic pictures, I believe, and he just really inspires me with his motivation and determination. He also just has no fear. I aspire to be like that,” McNamee said.

When McNamee is not spending time taking photos or practicing with the Yorktown Dance Team, she enjoys relaxing and listening to music.

“My favorite type of music is indie music, which I feel like people wouldn’t suspect that from me, but I just really like indie music because I think it’s the most calming,” McNamee said.

With McNamee’s liveliness and fierce personality, she is like a real life Elle Woods. Describing herself as super extra and over the top, McNamee says if she was a type of shoe, she would be a fancy pink and sparkly high heel.

Like Elle Woods, McNamee has big goals and dreams, and it is no question that with her determination she will reach them in no time.

“[In] ten years, I see myself still owning my own photography business, but I see it being bigger and more established than it is now. I would like to work on bigger events, like weddings, but still family portraits, senior portraits, that style photography. I would be interested in looking into photojournalism, because that’s what my dad does and what my grandfather did, so I’m probably going to explore that more in college,” McNamee said.

McNamee is an avid traveler, and says her favorite place is Hawaii.

“Not only was it beautiful, the people there were so nice. They’re actually the nicest people I’ve ever met. I would 100% go back. It was one of the best weeks of my life and I would actually love to live there, even just for a little bit in college or after because there’s so many cool things to photograph there,” McNamee said.

McNamee brings such a bold and lively spirit to the class, and we are lucky to have her.