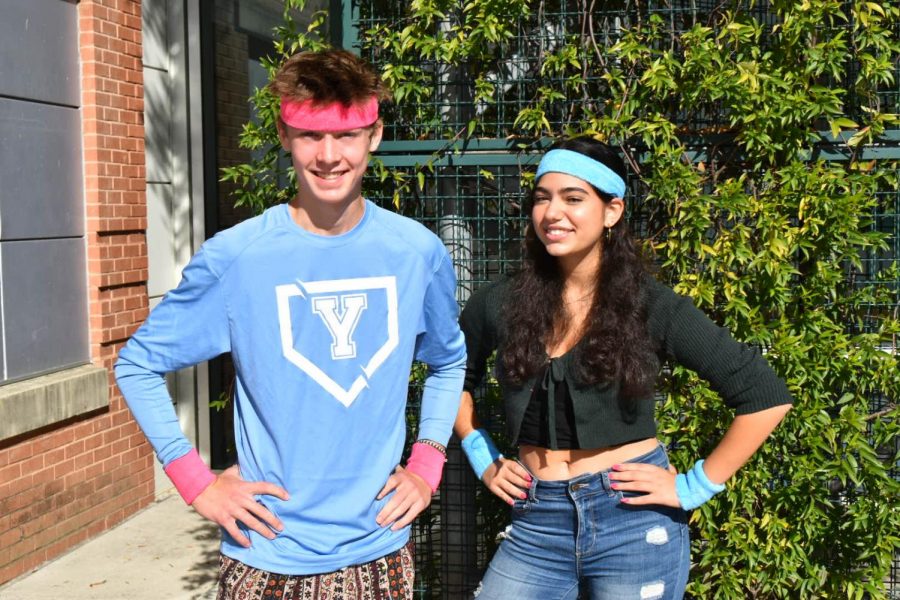 Aidan Lohmeyer does not ask questions. Well, at least not when it comes to his family’s secret cookie recipe. He is content simply consuming his grandmother’s cookies without groveling for the specifics. However, joining The Sentry this year, the first-year reporter is sure to get more comfortable digging for answers. Outside of everyone’s favorite class, you can find the sophomore doing one of two things.

“I enjoy playing baseball and I like to read as well,” Lohmeyer said.

Despite it being Lohmeyer’s favorite pastime, the sport is a relatively new revelation for him.

“I never really knew that I would play baseball. When I was five, I didn’t know baseball was a sport because I lived in Georgia and it wasn’t a sport there. I never thought it was a sport I’d play,” Lohmeyer said.

His love for the sport is regularly displayed through his clothing choices and rotating collection of baseball hats, but it is usually not the first thing people notice about him.

“All my teachers call me the tall person. That’s what I’ve gotten this year from all my teachers,” Lohmeyer said.

Towering over the rest of his peers at six-foot-one, Lohmeyer is easy to spot in a crowded hallway or classroom. Yet, do not let his height intimidate you. The sophomore is stereotypical Sagittarius, despite only learning his star sign last week. He displays all the telltale traits of the ninth sign, including being logical and compassionate, especially when it comes to viral trends.

“The most overrated trend I’d probably say is the crate challenge. It just gets people hurt and sent to the ER,” Lohmeyer said.

Although he is skeptical of the dangerous crate challenge, Lohmeyer can definitely see the logic behind several popular conspiracy theories.

“If all the stars were UFOs, that’d be so cool,” Lohmeyer said.

His less-than-likely ideas, however, are hardly the most interesting thing about the first-year reporter. Lohmeyer lived in three countries all before the age of eight due to his dad’s job. Yet, when asked about his favorite, his home is clear.

“If I could live anywhere I’d stay in the US. I’ve made the most friends here, and I’ve been here the longest,” Lohmeyer said.

After all that moving, Lohmeyer landed in Arlington in third grade and The Sentry could not be more thankful. His love of sports and writing makes Lohmeyer an undeniable asset to the class this year.

Yasmina Mansour, the passionate opinion editor for The Yorktown Sentry, is entering her third year on staff. The hardworking Mansour always had her eyes set on writing opinion articles for The Sentry, as she believes her voice is best heard through her views.

A daughter of two journalists, Mansour is no rookie in the world of journalism. Her dreams for her future lie elsewhere, however. She hopes to pursue the fields of chemistry and science at Johns Hopkins University.

“I’ve always been a STEM kid, so I really like how many opportunities are presented to [me] there,” Mansour said.

Outside of The Sentry, Mansour enjoys vacations to her favorite country.

“My family is from Lebanon, and we go every summer. It’s just a really beautiful country,” Mansour said.

Mansour is also almost never found watching TV shows or movies. Her preferred way to spend free time is in peace and quiet with a novel.

The quick witted editor also shows first her logical yet adventurous side when given a hypothetical scenario where she had won the lottery.

“First, I would pay for my college tuition, of course. Then, I would want to go on a long gap year and travel the world,” Mansour said.

Mansour is well-traveled and well-spoken. She is no stranger to moving locations, and has a history of not staying in one place for too long.

“I have moved houses three times. I used to live in South Arlington, and in middle school I moved to North Arlington,” Mansour said

Mansour is outgoing and talkative in the classroom, which is why she is quick to reply to a question about her personality.

Mansour is also helpful and friendly in the classroom. The opinion editor is always making sure everyone is doing well and exhibits a contagious positive attitude.

One thing she is not so positive about, however, is the current political climate of our country.

“I feel like this country is deteriorating,” Mansour said.

After only a quick conversation with Mansour, the outspoken and clever editor has shown many traits any newspaper hopes for in its members. It is clear why her positive attitude and expertise in the field has earned her the title of one of the most respected members of The Sentry.