Why Baseball is Dying 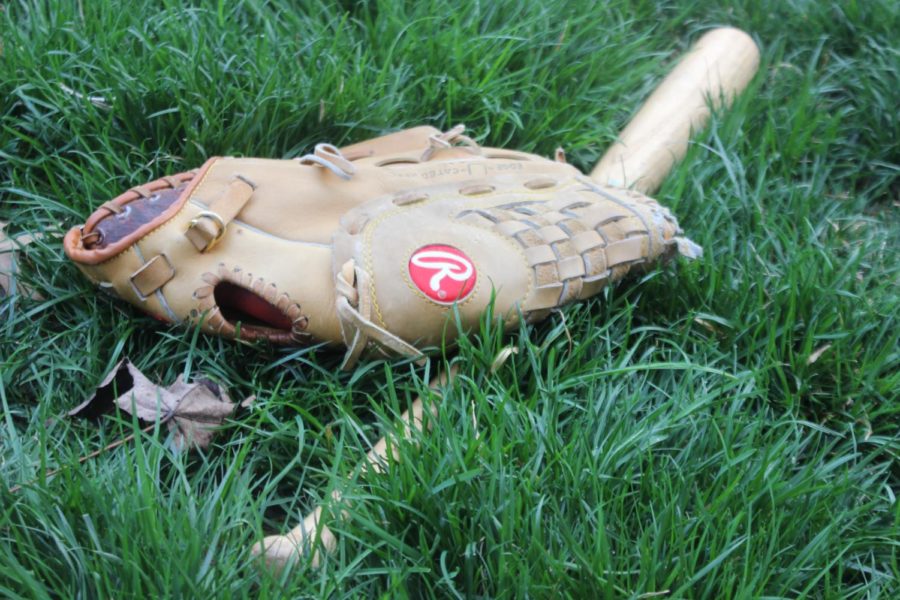 Baseball, America’s national pastime, is a dying sport. The kids of this generation find it boring; its fanbase is dwindling with each passing season and networks like ESPN have begun to focus their coverage almost exclusively on other sports.
Baseball has an infinite number of problems it needs to address if it wants to work its way back into the national spotlight. But Major League Baseball (MLB) and the player’s association (MLBPA) cannot seem to get out of their own way and start solving them. As the two parties haggle over inconsequential financial decisions spurred by petty dislike for one another, they have dragged baseball into one of its darkest times.

MLB commissioner Rob Manfred is, quite frankly, the worst commissioner of any professional sports league. And Roger Goodell exists, so that is saying a lot. To be fair, Manfred seems like a nice guy who truly wants the best for the sport. However, he has no idea how to be an effective leader. For example, somehow, one season after the Astros’ cheating scandal was uncovered, both AJ Hinch and Alex Cora are managing teams. They did not even have to work their way back up the ranks again. They simply resumed their careers after their respective one-year suspensions like nothing happened.

Nobody (except for maybe Astros’ fans) respected the way Manfred handled that situation as it emerged. He was weak. He dolled out relatively minor punishments to all involved in a futile attempt to move the sport past the scandal as quickly as possible. The integrity of the game was challenged, and Manfred backed down. It was pathetic.

And then came COVID-19. MLB got a grand total of 60 games in last year as a result of the pandemic. But that was after months of MLB’s owners and the MLBPA refusing to come to an agreement on the financials of a shortened season with no fans. The players wanted their full salaries; the owners maintained that with limited revenues coming in, those demands were unfair. It was a stalemate. And all the while, it felt like Commissioner Manfred had no control.

As a result of this embarrassing display during which the two parties showed a baffling inability to compromise, relationships have been frayed and all trust has been lost. With the expiration of the current Collective Bargaining Agreement (CBA) coming up next offseason, there is no sign that fences will be mended in time to have effective negotiations on a new one. The ramifications of a failure to agree to terms on the CBA could be disastrous for the sport, and a lock-out to begin the 2022 season would shock no one.

Rich people fighting with other rich people over money is always a recipe for disaster from a PR standpoint as well. It is incredibly difficult as a fan to even pick a side because MLB and its owners repeatedly prove to be petty and incompetent, while the players come across as entitled and self-righteous.

The correct side to take, however, is the side of baseball. Forget about all these rich people in suits fighting over the millions of dollars they made off of a game. As fans, our job is to root for the betterment of the sport — a sport that, right now, is in dire straits.

So, what needs to be done? Well, firstly, someone needs to fix the rules. Half of the league plays with a designated hitter (DH), while the other half allows pitchers to strike out every ninth batter and risk injury. Ignoring the blatant inconsistency problem that the current rule presents, nobody wants to watch pitchers hit. Check that actually, nobody *young* wants to watch pitchers hit. The older generation of “baseball purists” have long been the only voice preventing the introduction of the DH into the National League (NL).

But watching pitchers try to swing a bat is undeniably boring. And who cares what some group of old men thinks? Their opinions should carry less weight. Baseball needs to cater itself to the younger generation, and introducing the DH to the NL is the first logical step.

Baseball also must file the new extra innings rule where a runner starts each inning on second base under “failed experiments.” In terms of stupid sports rules, it has no rivals. Where were all you baseball purists when they suggested that one, huh?

Getting kids to both watch and play the sport should be MLB’s first priority. Permanently implementing the DH would provide more offense and therefore more highlights. And that is really what the younger generation is looking for in a sport these days.

The other problem baseball needs to address is its game length. The pitch clock is a tremendous idea that, with proper implementation, could really work wonders in shortening games. MLB is still fleshing it out and experimenting with how to best maximize its impact, but the clock’s deployment in recent years has been a positive for the sport.

Commissioner Manfred has made an effort to meet the issue of game length head-on since succeeding Bud Selig in 2015. But, despite concerted efforts on the part of league officials, games are still too long. And extra-inning games are far too long.

So, allow me to now royally tick off the baseball purists. Here is the answer to baseball’s extra inning problem: allow the games to end in ties. Yes, I said the “t” word. Deal with it.

Now, this plan comes with a few stipulations. It cannot just be that games are called ties after nine innings. That would result in, well, far too many of them. But if everyone just packed up and left the field after, say, 11 innings, bullpens would be saved, afternoons spent on the couch would be shortened and everyone could just get on with their lives.

MLB would also have to at least consider changing its current standings system to the National Hockey League points model — two points for a win, one for a tie, zero for a loss.

Baseball is at a crossroads. Sports like basketball and football have overshadowed America’s national pastime for far too long now, and the tradition of baseball has been kicked to the curb. The question is, will MLB pick itself up off the mat and adapt to the times, or continue to hinder its own ability to thrive?