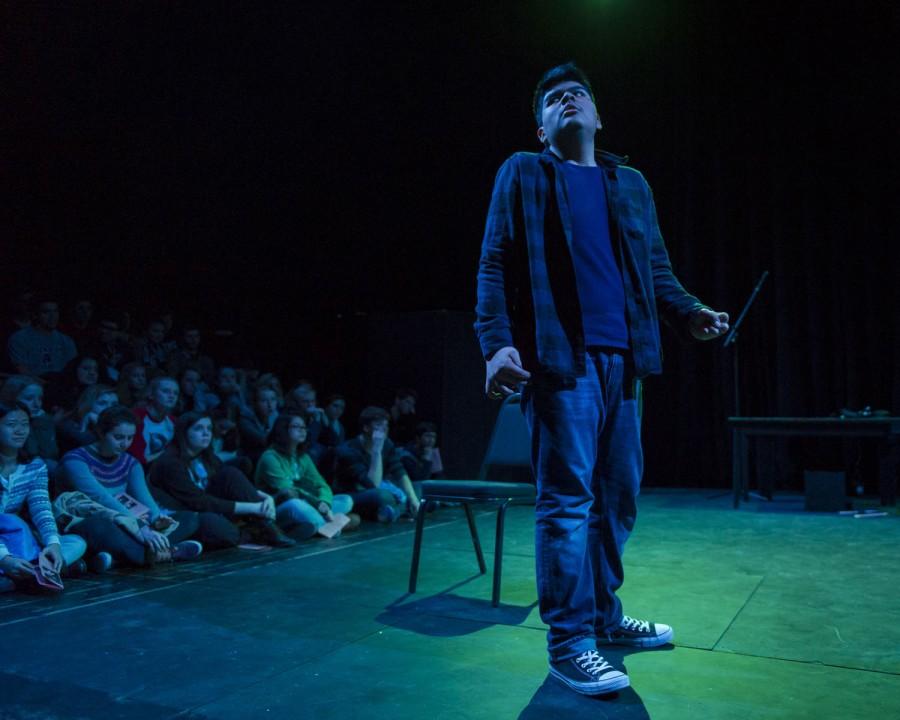 Music has been a part of Ruddy Tapia’s life for a very long time. When Tapia was young, his sister would often listen to rock music and other similar genres. She was the one who introduced and got him hooked on these genres of music. When he got older, Tapia learned how to play the guitar. His One Person Show is a combination of these two passions because he acts as famous guitar player Kurt Cobain from the band Nirvana.

“The first person who popped into my head was Kurt Cobain. I was debating that a little. I was considering doing Jimmy Hendricks. He was an influential guitar player in the ‘60s. His life is actually very similar to Kurt Cobain’s. They were both from Seattle, left-handed guitar players, they both had a profound impact on music,” said Tapia.

In the end Tapia decided to go with Cobain. It was through the small things that Tapia found his connection to him.

“I can identify with…the teenage angst of the music and little individual things. His parents were divorced, my parents are divorced. Just the little things help me build a connection to him,” said Tapia.

Tapia found that one of the most difficult parts of creating his One Person Show was trying to decide which parts of Cobain’s life to include.

“There were many different things that I couldn’t show because it was too heavy…or because it didn’t fit into the story I was trying to tell,” said Tapia.

For example, Tapia would have liked to develop Cobain’s relationship with his wife, Courtney Love, more. There was a lot of scandal surrounding the duo’s relationship involving drug use and her involvement with his suicide.

“I mention her a few times but he never has any interaction with her,” said Tapia, “I [also] would have developed his relationship with the band more. I wasn’t able to because there was a time limit.”