The Sun Will Come Out March 24 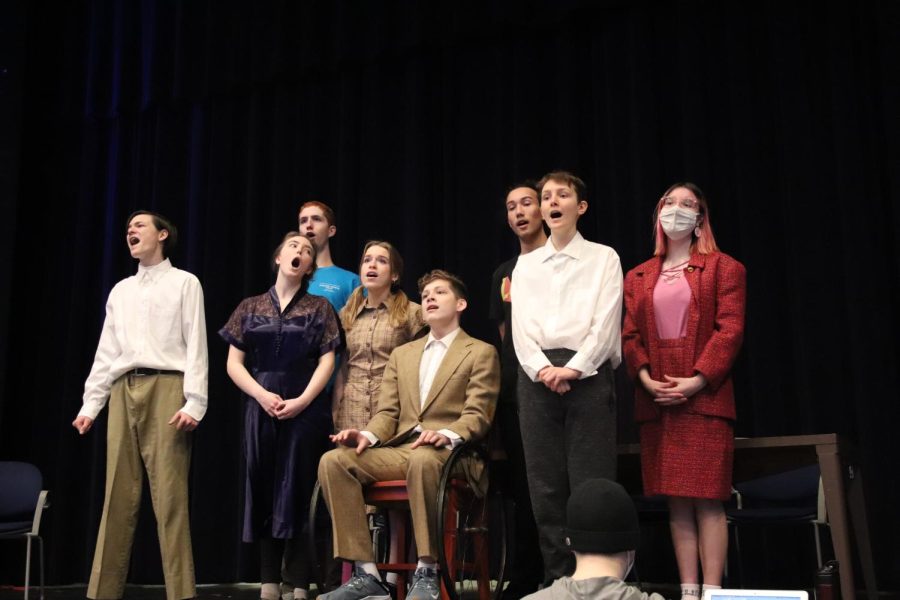 Mark your calendars. From March 24-26 our school’s theater department will be putting on a production of Annie. The musical will showcase The Sentry’s very own Fiona Shepherd, who will be starring in the lead role. Several staff members are scheduled to make an appearance in the show, as well as a four-legged friend.

As one of the newest faces in our school, theater arts teacher Alani Kravitz wanted to choose a musical with unbridled optimism for her first show. Annie fit the bill.

“People can come and watch and put a smile on their face. I think that Annie is a really important show to state that no matter what we’re going through things will always get better,” Kravitz said.

The process of putting together a musical is no easy feat. It starts with auditions, then callbacks and finally rehearsals begin. Rehearsals are now underway and actors are working on staging, choreography and music.

“We are staging things, exploring characters and ramping up that leg of the journey. Now we’re adding the pit band, the orchestra, as well as technical elements, like lighting, sound, costume, props and set,” Kravitz said.

This entire process ends with two final weeks of rehearsals, known as tech weeks. The cast will run the show many times in a single rehearsal. Technical elements, costuming and all other aspects are perfected and cleaned so that once the show arrives, the cast is ready to perform.

Cast members will suffer through the tech weeks alongside a working professional who will be joining them onstage for the performance.

“We have a real dog. His name is Rusty and he is actually a professional DC actor. He has been seen in Olney Theater, Ford’s theater, and he was actually Sandy at Olney before so he knows the role,” Kravitz said.

Rusty isn’t the only actor to look out for. Following a brief hiatus from her musical theater career, Shepherd is preparing to sport the red curly hair and freckles.

The main focus of Shepherd’s preparation for the show has been singing. Shepherd has been careful during rehearsals to keep her voice fresh for the show.

“I’m going to take preventative measures such as drinking tea, marking my singing which means not fully singing out every practice because if I do that then my voice will be dead by the show,” Shepherd said.

Shepherd and Kravitz are lucky to have a cast that is dedicated and determined.

“From the beginning of this process the cast and crew has been 100% committed and I think that that is really spectacular to see. Everyday I feel like we grow as an ensemble, and I don’t want to be too cliché when I say family, but I feel like we all have really bonded and we have become a great unit,” Kravitz said.

Students, teachers and staff, buy your tickets early. The fan-favorite Annie is coming to our school this month and it is not something to miss.