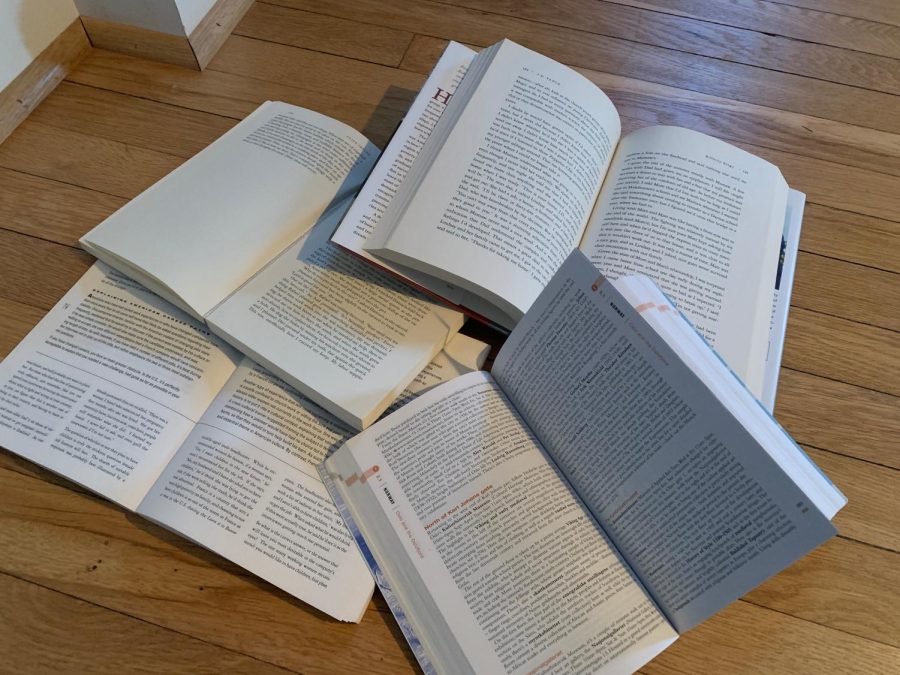 Literature has always been used to spread new ideas and challenge the status quo, and consequently, literature and learning have been opposed by many. The banning of books and literature in schools, especially those focused on the struggles of marginalized individuals, is entirely counterintuitive to tearing down systemic oppression and exists solely to serve privileged groups.

In true dystopian fashion, we are seeing the banning of books in our own Virginia public schools. During Virginia Governor Glen Youngkin’s first day in office, he signed 11 executive actions, including the banning of critical race theory in schools. The executive order is “ending the use of inherently divisive concepts, including critical race theory, and restoring excellence in K-12 public education in the commonwealth.” This is justified by arguing that “political indoctrination” has no place in classrooms.

Youngkin’s concerning idea of critical race theory reveals the true nature of the decision. Youngkin does not have the best interest of the Virginia population at heart. On the contrary, he is banning a style of teaching that aims to dismantle systemic racism because he and other White people do not want to be the focus of criticism.

It is easy to see where White, privileged individuals who have never had to suffer the effects of a systemically racist system might find fault in critical race theory. Youngkin is a prime example of an individual who is hesitant to criticize a system that has been beneficial to him throughout his entire life. This critical race theory ban is indicative of an overarching mindset that is detrimental to the promotion of equality.

There’s no denying that the teaching of critical race theory in schools is beneficial in promoting inclusion in schools. Research supports the fact that learning about social justice issues in the classroom can lead to higher GPAs, graduation rates and political engagement. When students receive an education focused on emphasizing racial and ethnic dynamics, cross-cultural understandings are fostered and steps towards dismantling systemic issues are taken. The very banning of critical race theory promotes the idea that the study is trying to prove. By silencing voices of color, Youngkin is embedding racial prejudices into our political, social and legal system.

The critical race theory ban is not the only instance of white supremacy thriving in school districts and curriculums. In September of 2021, a school district in York, Pennsylvania imposed an ongoing ban on a list of books and materials originally compiled by the Central York High School Diversity Committee. All material on the list was written by an author of color. The ban was initiated by parents in the school district, and the reasoning for it is clear. Parents do not want their children to be taught what they themselves are afraid of hearing – that there is inherent systemic racism in our society, and that White people are contributing to it.

Youngkin’s ban on critical race theory and the banning of books by authors of color in Pennsylvania are examples of a larger problem with our education system when it comes to diversity and inclusion. It is hugely important that efforts are made to diversify and expand our curriculum. It is counterproductive to attempt to teach about important historical events without acknowledging the racial underpinnings of them, and factually incorrect to teach students about the dynamics of our current society without recognizing the blatant racism and privilege that exists within it.

Education has never been about comfort and convenience. It has been about uncovering knowledge that makes the world a better place. The silencing of authors of color – especially under the guise of banning “divisive concepts”– is not in the best interest of students’ education. It is in the best interest of White people who do not want to acknowledge that systemic racism exists.